Apple presented iOS 14 and iPadOS 14 during the 2020 WWDC. Here you can find its adoption, the 11 main innovations and the compatible devices

As is traditional, Apple presented iOS 14 and iPadOS 14 during the 2020 WWDC, the developers conference which is held every year in June. After three months of beta testing, the first definitive versions of Apple's new mobile operating systems were released on 16 September 2020.

Although basically the same, for the sake of completeness we are talking about two distinct operating systems: iOS 14, which can be installed on iPhone, and iPadOS 14, available for iPad.
Although the two operating systems have almost all the same functions and look very similar, from 2019 Apple has chosen to produce a separate version for iPad (including in terms of its nomenclature). This features some additional functions intended for the desktop use of the tablet.

To date, Apple has already released three minor updates which refine the user experience on iPhone and iPad: the current versions are, therefore, iOS 14.3 and iPadOS 14.3. 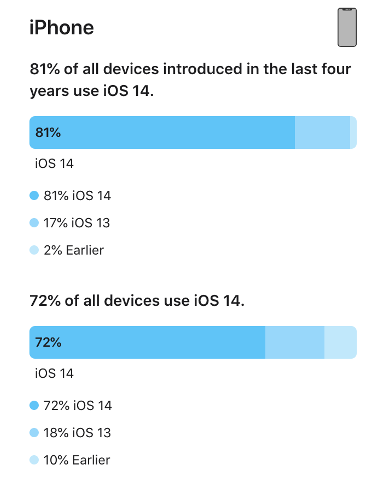 The adoption of iOS 14 and iPadOS 14 has been particularly rapid, even more so than usual: according to the latest report published by Apple, dated 15 December, iOS 14 has already been installed on 72% of all active iPhones, with a peak of 81% adoption if only the models released in the last four years are considered. By comparison, iOS 13 achieved 70% adoption in February 2020.

The figures are similar (albeit slightly lower) for iPadOS 14, which has been installed on 61% of all iPads reaching 75% adoption in Apple tablets released in the last four years.

Probably the biggest innovation of iOS 14 and iPadOS 14 is the redesign of the Home screen which brings an iconic change to the interface of Apple's mobile operating systems.

Since iPhone and iPad were first created, users have become accustomed to finding grids of icons on the Home screen, often pages and pages of them. iOS 14, however, introduces two elements which radically change the user experience: Home screen widgets and the App Library.

These two innovations, along with many other small aesthetic changes, introduce radical changes to the appearance of iPhones and iPads. They can now be more varied and colourful, and can display useful contextual information directly on the Home screen.

So, let's take a look at the changes in the widgets in detail and see what the main innovations of iOS 14 and iPadOS 14 are.

Widgets are not a completely new feature on iOS but up to the previous versions of the operating systems they were only available on the Today view, accessible by swiping to the left on the Home screen.

The basic concept remains the same and has also been on Android for years: graphic components connected to an app which show useful information at a glance or allow actions to be performed rapidly, in all cases without having to launch the application itself.

With iOS 14, the widgets have a different design, one which is generally more pleasing and has better space management (thanks to the layouts created with SwiftUI). More importantly, they can be added to the Home screen.

Unlike Android, in which widgets can be freely resized, on iOS these components can only assume well-defined dimensions. Using the space occupied by the icons as the unit of measurement, widgets can only have the following formats (height x width):

Each application can provide any number of widgets; furthermore, widgets can be grouped in Collections: if a widget is dragged on top of another of the same size, it will overlay it and the user will be able to scroll through the various widgets.

Finally, there is also Smart Stack; this is an automatic collection in which the widgets displayed change automatically according to the time of day and the user's habits.

Currently, widgets can only be added to the Home screen on iOS: on iPadOS, by contrast, they are only available on the Today view. However, this can be pinned to the left of the first Home screen.

With the App Library, Apple is for the first time introducing a concept very similar to the Application Drawer which Android has featured for years: a space in which all the applications installed on the phone are stored. The apps no longer necessarily have to be shown on the Home screen.

The App Library is only present on iOS 14 (and not on iPadOS 14). It can be reached by scrolling to the right between the Home screens. It allows all the apps to be grouped together on a single screen according to type; this grouping is automatic and cannot be modified by the user.

iOS highlights those applications used most in all the folders; in addition, there are two smart folders at the top of the App Library which show the apps most recently installed and Suggestions, i.e., apps based on personal usage habits.

Although it is only a small aesthetic change, one of the innovations most anticipated by users was the new call notification.

Until iOS 13, the full screen interface blocked any action the user was performing when a phone call was received. 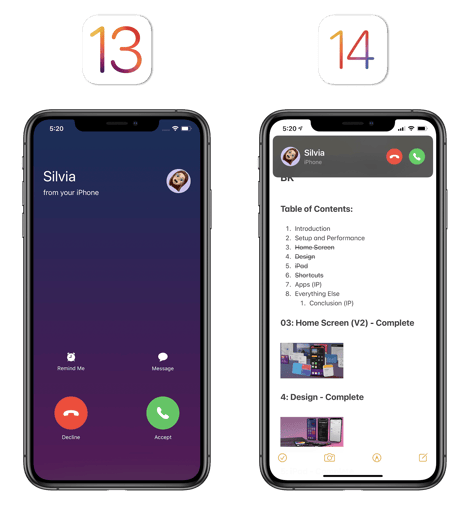 As already seen on macOS, iOS and iPadOS now also support Picture in Picture, i.e., the user can continue to watch a video (or a FaceTime call) in a shrunken, resizable window which overlays the rest of the interface while using other apps as well.

iOS 14 and iPadOS 14 introduce several new innovations for the Messages app. The Messages app is the SMS client but, more importantly, it allows communication between Apple devices thanks to the iMessage protocol.

The most important innovations are: 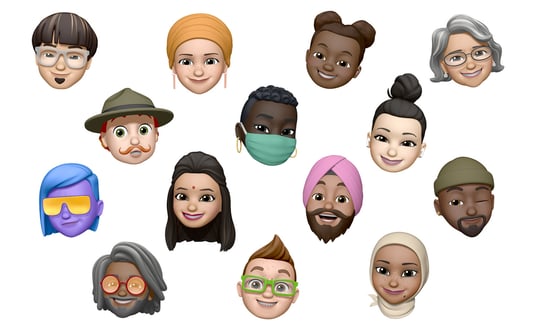 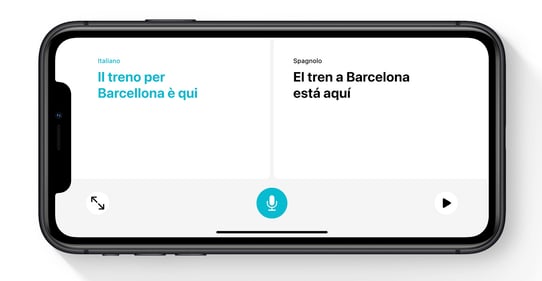 iOS 14 also sees the debut of a new application called Translate: as you would expect, this is an automatic translator which supports 11 languages (the translator can also be used offline by downloading the languages locally).

The functions which are useful when traveling abroad include conversation mode, which supports voice input (image above), and attention mode, which highlights text to attract attention (useful for asking for information). 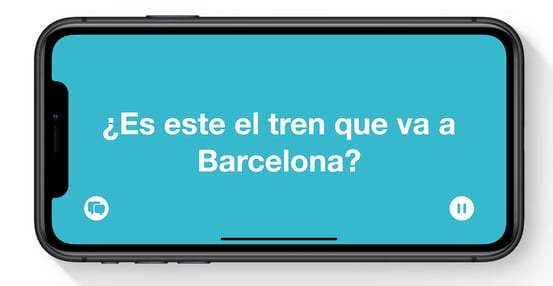 Siri has a new, compact interface with iOS 14: in exactly the same way as already seen for call notifications, the application now no longer occupies the entire screen, just part of the top of the screen, so it’s possible to continue using other apps.

In addition, with iOS 14 a voice message can be sent directly from Siri.

In addition to a clear improvement in performance, there are two important innovations for the Apple browser with iOS 14:

A very interesting innovation (albeit currently limited) is the possibility of using an iPhone with iOS 14 as a digital key for opening your car.

There are currently very few vehicles which support the feature (only some BMW models produced in 2020). However, but there are likely to be increasing numbers of cars in the future which support Apple's digital keys.

In addition to the being able to unlock and start the car, one of this function’s specific features is the possibility of “lending” keys by generating a copy (though with limitations) which can be easily sent via Messages.

For developers, one of the most important innovations of iOS 14 is App Clip: this is a new way of using applications without having to download them.

App Clips are parts of apps, i.e., simplified versions of software which are extremely simple and are useful for performing actions immediately without waiting for the download: for example, for renting an electric scooter or ordering a coffee without having installed the necessary app.

App Clips can be launched by either touching an NFC tag with the iPhone, by scanning a QR code or by opening a link in Messages, Safari or Maps. In all cases, this launches a part of the application which allows the user to perform the required action without downloading the entire software.

Once the Clip has been performed, no trace of the application remains on the smartphone.

Apple continues to make privacy one of its strong points and with iOS 14 there are many interesting new features as regards the confidentiality of personal data.

The most interesting new features as regards privacy include:

The following is the list of all iPhones and iPads compatible with iOS 14 and iPadOS 14: